Christmas as we know it today has developed from a variety of origins, including pagan ones!  Things like the evergreen tree, mistletoe, gift giving, and even the birth date of Jesus have come from pagan sources.

Yule
The Winter Solstice is celebrated around December 20-23 (northern hemisphere), the shortest day of the year.  Yule celebrates the return of the light as it is the point from which the days grow longer until the Summer Solstice (Midsummer/Litha).

Cultures around the world have celebrated winter solstice festivals for centuries. Ancient pagans lit bonfires and candles to celebrate the return of the light. A host of other festivals were held at this time, including the Roman Saturnalia and Dies Natalis Solis Invicti, the Persian/Roman festival of Mithras. The first development of the Julian calendar in 46 CE placed the winter solstice on December 25.

Solstices and equinoxes were thought to be very important to the pre- and early-Celtic people, as seen through the construction of several tombs whose passages align with the solstice sun, such as Newgrange.  These solstices were seen as occurring at the midpoint of each season, hence the name ‘Midwinter’ for the Winter Solstice. 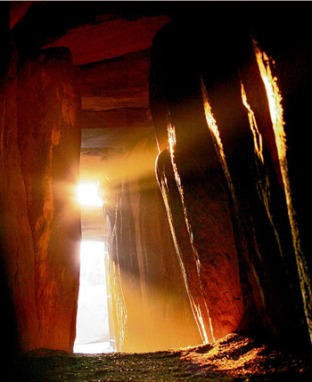 Saturnalia
The Roman Festival of Light, Saturnalia, was held the week of December 17-23, celebrating Saturn, the God of Agriculture and Plenty.  Saturnalia was the most popular of the Roman festivals, as it was a time of great merrymaking, feasting, gambling, singing, and sometimes dubaucherous activity! The Christmas custom of gift giving was thought to have come from Saturnalia, as Romans would exchange gifts of toys and treats during this time. Sol Invictus
The birthday of the popular Roman God, Sol Invictus (“Invincible Sun”), was celebrated on December 25 as “Dies Natalis Solis Invicti”.  On this date, Romans celebrated the renewal of light, birth of the Sun.

Mithras
Romans also celebrated the birthday of Mithras, the Persian God of Light (the “Sun”), on December 25. There is varying opinions on the similarity of Mithras to Jesus, with both having a similar birth narrative. Mithraism was popular in the Roman Empire around the 4th century when the date of Christmas was first established by the church, and many effigies of Mithras were found in ancient catacombs under Rome. 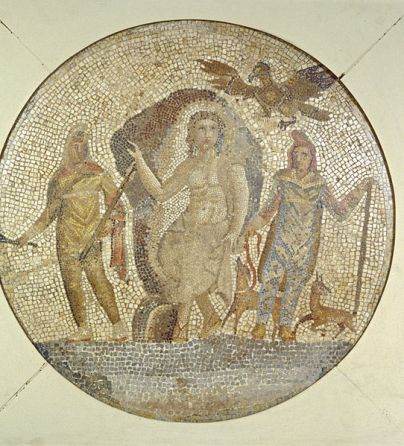 Christmas Day
Scholars disagree on what date Jesus was born. However most agree that Jesus was most likely not born in December since the bible mentions shepherds tending their sheep in the fields, which would not have occurred during a cold Judean winter.

The date of December 25 as Christmas Day was first mentioned by the church in the 4th Century.  A variety of Christian sources have concurred that the modern date of Christmas was based upon previously established Pagan festivals. This includes the birth dates of sun gods Mithras and Sol Invictus, the Roman celebrations of Saturnalia and Kalendae (in January), and the multitude of winter solstice festivals celebrated around Europe at that time (the original date of the winter solstice in the first Julian calendar was December 25).

Evergreen Tree
The modern day Christmas Tree rose in popularity in the 16th Century with Martin Luther lighting candles on an evergreen tree.  However in ancient times, evergreens were seen as a source of eternal life, and represented a sign of life’s triumph over death.  Egyptians, Romans, and Scandinavians revered the sacred trees, hanging evergreen boughs inside their homes during the winter months as a reminder of the return of the sun.  The Druids saw the evergreen tree as a sacred symbol, and the Norse believed the fir tree was sacred to the god Odin.

Holly, Ivy, Mistletoe
The use of holly, ivy, and mistletoe has been around for centuries.  These ‘evergreen’ plants were seen as signs of life throughout the cold barren winter.

Mistletoe was seen as a sacred plant, a symbol of the sun, and protector against disease.  It was a popular decoration at Roman winter festivals and is also mentioned in Norse mythology and Celtic history. It was also seen as an aphrodisiac, where the custom of ‘kissing under the mistletoe’ could have come from, years later. Mistletoe is also known to some pagans as the ‘golden bough’. 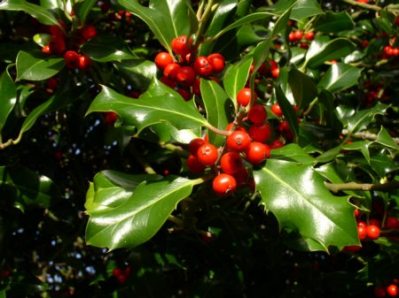 Holly, with its white flowers and red berries, symbolizes the masculine, while the green vines of ivy is seen as feminine.  Together they are thought to represent fertility. Holly and ivy were also used by ancient Romans for winter decorations at Saturnalia.

Yule Log
The Yule Log comes from Germanic and Scandinavian traditions, where burning of the Yule Log symbolizes the return of the light, conquering the darkness of winter.  The Yule Log was dragged home from where it was cut, decorated with evergreens, and set alight.  The log-shaped Christmas Cake is thought to be an incarnation of the Yule Log.

Caroling
While it might not be pagan in origin, Christmas Caroling comes from the Anglo-Saxon tradition of wassailing, where revelers would travel door to door, singing of good cheer, drinking their brew of ‘wassail’.  The term ‘wassail’ comes from the phrase ‘waes hael’, which means ‘good health’.  Another important part of wassailing was visiting orchards, singing and pouring wassail on the roots of trees, to promote a good harvest in the coming year. Santa Claus
The origin of modern day Santa Claus is debated. Some say he originated from the kindly 3rd century Bishop of Myra, Saint Nicholas, who was thought to have inspired the Dutch Sinterklaus. Others compare him to the Norse god Odin (Germanic Woden), with his long white beard, riding his horse through the skies (similar to the early depictions of Sinterklaus). Scandinavian children would leave straw and carrots in their boots and stockings for the horse, in which Odin/Woden would leave gifts in return.

I was surprised to find in doing research is the conflicting views on all sides about the ‘dubious’ origins of Christmas. Some conservative groups say that Christmas should not be celebrated at all, as it’s based on unholy pagan origins, while some deny Christmas’ pagan origins entirely.

As for me, raised a Catholic and now a practicing Pagan, I feel that as long as everyone respects each other’s views, all kinds of celebrations are worthwhile and valid!  Happy Holidays!